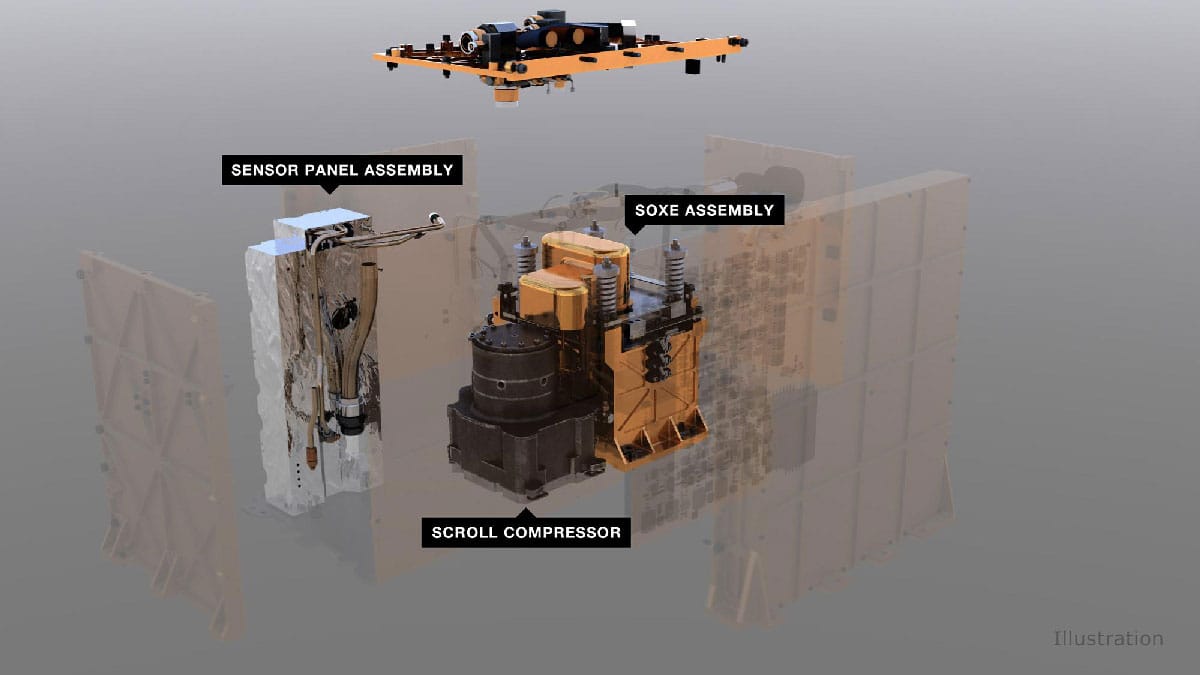 NASA’s recently launched, James Webb Space Telescope has reached its most vulnerable session as it has rolled out the delicate process of unfolding its feeble sun shield.

The new space observatory, James Webb Space Telescope was launched on Dec. 25 and is considered as the futuristic observatory, highly dedicated to the exploration of the universe.

Before exploring the mysteries and myths of this wide universe, it has to wait, until reaching the final post and is cautiously deployed.

Unfolding Of The James Webb

A day before, On Dec.28, the Webb crossed an extra step in that deployment by unfurling the Forward Unitized Pallet Structure (UPS) of its massive sunshield, according to a recent report, authorized by NASA.

According to the official report reported by the agency, the respective phenomenon took approximately 4 hours and was finalized at around 1:21 p.m EST (1821 GMT).

Also, if we look over at the recent update of the agency, it is officially mentioned that Webb has successfully done the unfolding process with the Aft UPS, which conclusively ends at around 7:27 p.m. EST on Tuesday (0027 Dec. 29 GMT).

By unfolding the forward UPS involving tons of critical points, the triumphant maneuver has marked its first victorious step in the five-day-long process, which will scientifically block the sun’s radiations to prevent the sensitive instruments.

The overall settlement and deployment, under which the stowed pallet got lower to the format pallet, took only 20 minutes, and the lowering of the aft pallet took around 18 minutes as it has included several time-consuming and delicate steps to carry out.

This entire phenomenon has covered up the monitoring structural temperatures, configuring electronics and software, activation releasing and manoeuvring the observatory, concerning the sun to dedicate optimal temperatures.

The deployment of the massive Sunshield of James Webb will likely end by Jan 3. However, every phase of deployment is monitored and controlled from the ground, and it can also be adjusted as per NASA’s directions.

As the Forward Unitized Pallet Structure (UPS) got unfurled, it is expected to now unfold the Deployable Tower Assembly, and release the Sunshield cover as well, later, it would begin to unravel the Sunshield itself.

If things get to happen as per plan, the spacecraft will be luckily in its final configuration in orbit, even within a month of launch!

After 29 days of its launch, the spacecraft will incredibly orbit the Earth-Sun Lagrange point 2, or L2.

Like Sunshield, this L2 location is also much critical for instruments to collect infrared observations from distant objects of the universe.