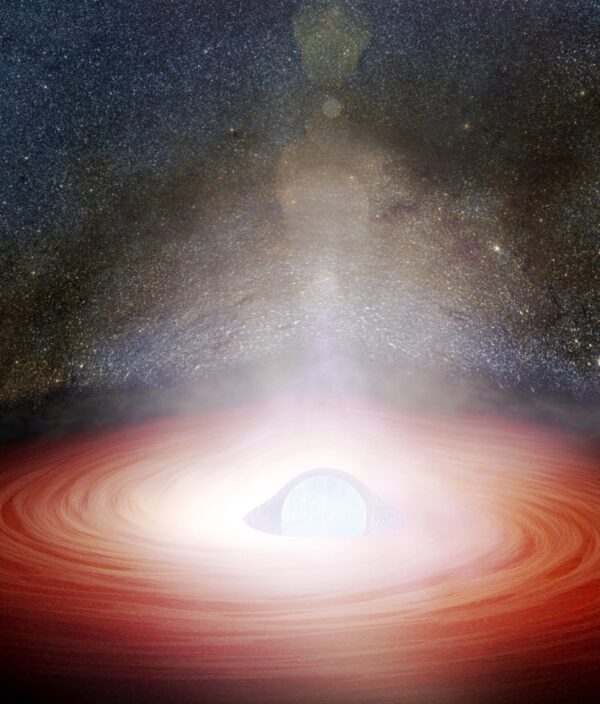 Astronomers have decoded the meaning of enigmatic signals coming from a faraway object in space. The mystery object in space is pulsating in an unusual way, according to scientists.

It might be a weird neutron star, the shattered relic of a big star. Examining celestial objects like it might help scientists learn more about how stars die. They went through archive data recorded by the MWA in early 2018 after noticing a bombardment of radio waves that appeared and then vanished, and discovered 71 additional pulses.

It flashed brightly for 30 to 60 seconds every 18.18 minutes in a steady pace. Nothing like this has ever been discovered before; most flashing radio objects in the sky pulse far quicker, lighting and vanishing in a couple of seconds. On this period, no one thought to seek for such things since no one could think of any mechanisms that might make them, but it is now evident that they exist.

What is a Neutron Star?

When a big star runs out of fuel and collapses, neutron stars arise. The core, the most central part of the star, collapses, compressing every proton and electron into a neutron.

If the collapsing star’s core has a mass of between 1 and 3 solar masses, the newly generated neutrons can arrest the collapse and leave a neutron star behind. Neutron stars the most dense object known – an object with the mass of a sun squished down to the size of a city.

The pulsing suggests that the object is rotating, and other light readings show that it has a strong magnetic field. This led the researchers to believe it was a magnetar, a type of neutron star with a very strong magnetic field, although how a magnetar could revolve so slowly and glow so brightly is unclear.

How was this star discovered?

The narrative of how the researchers discovered this strange radio source is almost as fascinating as the signal itself. Hurley-Walker had her students sift through a big sky survey called GaLactic and Extragalactic All-sky MWA eXtended (GLEAM-X) acquired by the Murchison Widefield Array, one of the most sensitive radio observatories on the planet, as part of an undergraduate project.

Also Read: Finally! The James Webb Telescope is turned On!

The researchers finally found 71 pulses in total, each lasting roughly 30 to 60 seconds and exhibiting that strange 18:18-minute pattern. The radio source, designated as GLEAM-X J162759.5-523504.3, was visible from January to March 2018, but the researchers were unable to detect it in observations performed before or after that time period.

The unusual object could help scientists understand other strange occurrences like rapid radio bursts, a class of radio emission that has so far baffled explanation, in addition to posing a fascinating cosmic riddle concerning its origin.

This particular object has raised many questions about its origin and existence, due to the fact that it is the first of its kind to be discovered, and that too just 4000 light years away. Scientists are still trying to work out if there’s any kind of similarities between it and the known star remnants.