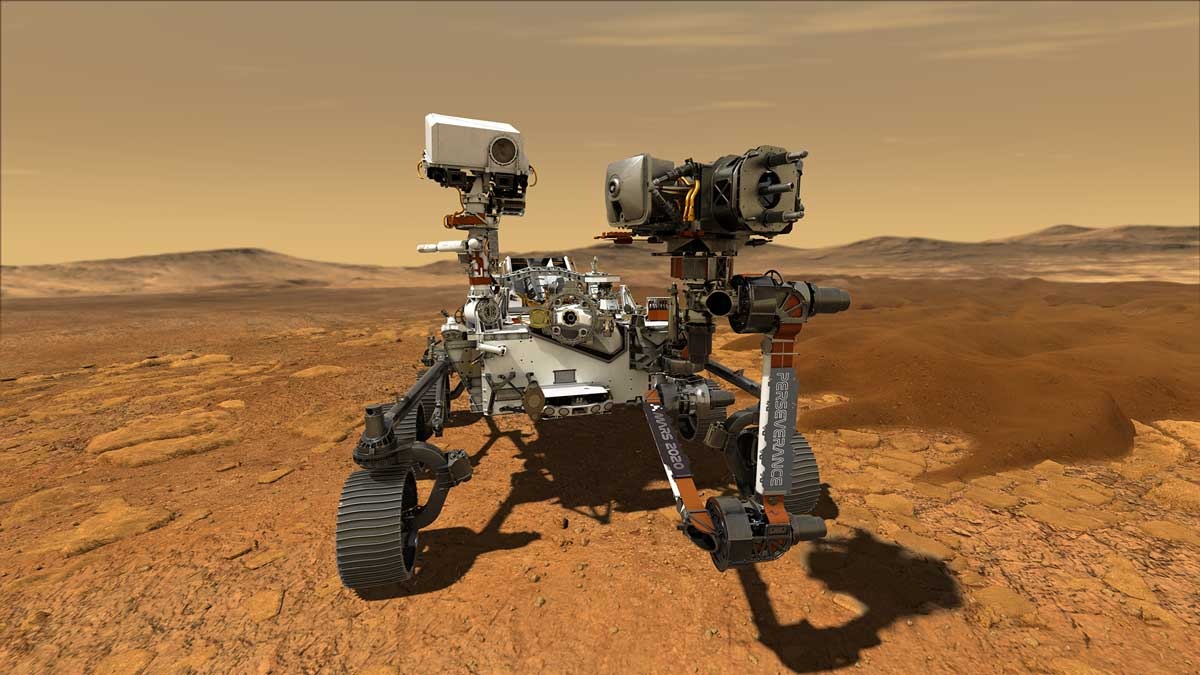 The Perseverance rover is NASA’s current Mars exploration rover that is still in operation, and is looking forward to completing its mission to find and confirm previously speculated life signs on Mars that could have existed.

It is the successor of the Curiosity rover that first discovered the possibility of life having existed on Mars prior to its atmosphere and conditions turning into the way they are now, and it also hopes to complete its mission by successfully bringing back Martian samples back to Earth for detailed study.

When was the NASA’s Perseverance Rover launched? (When did it land)

The rover, part of NASA’s 2020 Mars mission, was launched on 30 July 2020, and landed successfully on 18 February 2021. Since then, the rover has been active for around 347 earth days (until 10 February 2022) and is still scanning the nearby areas of the crater Jezero in which it landed, and sending back valuable data.

What’s the objective of NASA’s Perseverance Rover & how will it accomplish?

As it travels, Perseverance collects soil and rock samples, which it stores in tubes for future NASA and European Space Agency missions to gather. Many sorts of laboratory tests can’t be conducted in space or can’t be done very precisely, despite technical breakthroughs in producing compact, low-power research instruments for space missions. The mission is anticipated to cost $2.7 billion.

In rocks created during Mars’ warm, wet past, the rover is looking for microbial remains. It will also seek for carbon-containing chemicals, organics that comprise the building blocks of life on Earth. Since 1976, when the twin Viking landers conducted long-shot chemical experiments that yielded unsatisfactory findings, NASA has not explicitly looked for life on Mars.

What is the Ingenuity helicopter?

Perseverance’s belly contained Ingenuity, a miniature helicopter drone. Perseverance dropped Ingenuity to the surface and walked 100 metres away after they arrived on Mars. Since then, Ingenuity has flown many times to explore the rover’s surroundings. Ingenuity isn’t tied to Perseverance’s mission success as a technology demonstration, but it is teaching us valuable lessons about the feasibility of flying vehicles on other worlds.

On April 19, two months after the Perseverance rover landed, Ingenuity performed the first powered controlled interplanetary flight by an aircraft, lifting off vertically, hovering, and landing for a total flight time of 39.1 seconds. The helicopter has completed 19 successful flights as of February 8, 2022.

What’s all the NASA’s Perseverance Rover carrying with it? (The Send Your Name Mars Campaign)

NASA’ organised its “Send Your Name to Mars” campaign, in which people from all around the globe were asked to submit their names to ride on NASA’s next rover to Mars. 10,932,295 names were submitted, and the names, along with the essays of the 155 finalists in NASA’s “Name the Rover” contest, were etched onto three fingernail-sized silicon chips using an electron beam.

What are some NASA’s other important missions to Mars ?

Recent: Why is it Complex to Build Space Station On Moon?

Some other facts and accomplishments of the NASA’s Perseverance Rover

The Perseverance rover has been a success until now, and is still continuing on its mission to find evidence or precursors to life or previous life signs on the planet.

NASA plans to organize another mission to take the samples that have been collected by the rover, and bring them safely back to Earth for detailed study, which will conclude the main mission of the Perseverance rover project.