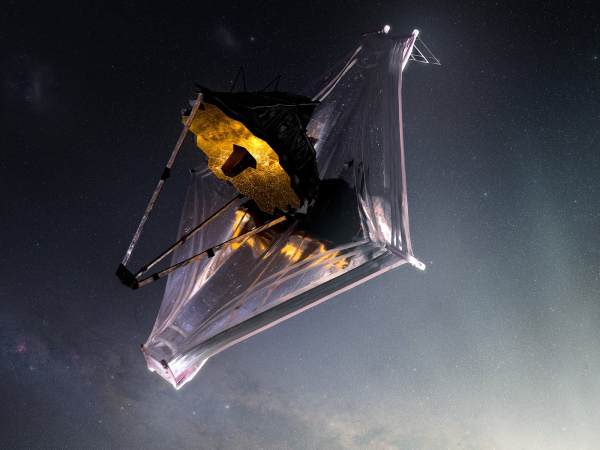 The James Webb Space Telescope, or JWST, has finally unfolded and is in its preparation stages to do what it was always meant to do – capture images of the deep space like never before and send back stunning visuals that will help us delve deeper into the mysteries of our universe, looking back towards the very beginning.

What is the James Webb Space Telescope? – A Brief Description

The James Webb Space Telescope was launched on 25 December 2021, as the successor of the Hubble space telescope, but better and improved in almost every aspect. It will help look deeper into the universe and is expected to show visuals like never before, making it truly one of the greatest revelations of the contemporary world of astrophysics.

Ever since the JWST arrived at its orbital path on 24 January, the whole world has been waiting in anticipation regarding the results of this project, a dream that has been nurtured ever since Hubble’s success. The world is waiting and watching keenly as the telescope undergoes its final preparation procedures before it starts to be fully operational. The telescope is aligning its 18 gold segments in line with its Near Infrared Camera (NIRCam) and will capture its first images once it is cooled down to minus 244 degrees Fahrenheit, its expected normal operating temperature.

Read More- It’s Complex To Build Space Station On Moon, Here is Why

The star, HD 84406, located in the extended part of the constellation Ursa Major, the Big Bear, which encloses the star pattern the Big Dipper, will be the first target of the telescope and has been chosen as a stable and known catalyst to help with the very meticulous process of aligning all the 18 reflective gold panels correctly. This is delicate and arduous process and will take around a month or two at the very least to reach completion. The chosen star is about 260 million light-years away and is not visible to the naked eye, at least a pair of binoculars is needed.

Must Read- Can NASA Successfully Produce Oxygen on Mars?

As the JWST’s science team stated, we’ll start with 18 individual blurry images, but as the segments align at their position, we will have one sharp final image. The NIRCam will keep staring at HD 84406 while Webb’s optic team moves the mirror segments shifting them slowly and one by one, in nanometer-scale steps, steadily creating the intended smooth surface. There is a lot riding on the success of the NIRCam, if it fails, the whole alignment process will take a hit and the Webb telescope may end up failing to function at all, that’s how important the central NIRCam is.

The NIRCam and other onboard instruments

The other instruments onboard that were turned on with the telescope reaching its destination, the Lagrange 2 or L2 orbit, are the MIRI (Mid-Infrared Instrument), the Near-Infrared Spectrograph (NIRSpec), and the Fine Guidance Sensor (FGS/NIRiss). Within two to three weeks, the instruments will reach their optimal operational temperatures, as the heaters that kept them warm during the cruise phase have been turned off. The optimal temperatures are expected to reach up to minus 400 degrees Fahrenheit.

Full Story- World’s First Wooden Satellite: Japan Is Hoping To Launch it In 2023

The extreme cold operational temperatures for almost all the instruments are necessary due to the fact that visible infrared wavelengths emitted by some faraway celestial objects can be captured by them only if the device itself is not radiating any warmth.

Will JWST be able to look into the past and observe the Big Bang?

The question that is on the mind of every curious observer, is whether the telescope will provide us with a better understanding of the Big Bang, and what happened/existed before, that its, around the beginning of time itself.

The Hubble Space Telescope could look up to around 13.4 billion light-years far, this object being a galaxy named GN-z11. The Big Bang is predicted to have been occurred around 13.8 billion years ago. The numbers seem pretty close, right? But no, these numbers are far from reality. The telescope doesn’t actually look back in time; it just sees the universe as it was when the light started its journey from that object.

The JWST is estimated to be able to look as far as 13.6 billion light-years away, which is in fact farther than the Hubble. Also with its cutting-edge technology and instruments, it will be able to inspect and study the same celestial object or phenomenon in different ways that might reveal more concrete information about the beginning of the universe, i.e., the Big Bang.

The telescope is set to be running in full motion by around mid-April and is expected to bring about stunning revelations in astrophysics, our knowledge of the known universe, and discovering beyond the current horizon of the edges of our universe, answering questions about its beginning in more detail than ever.

Like what you just read? Let us know how we can improve your experience with us by leaving a comment or mailing it to us at namanshukla171990@gmail.com