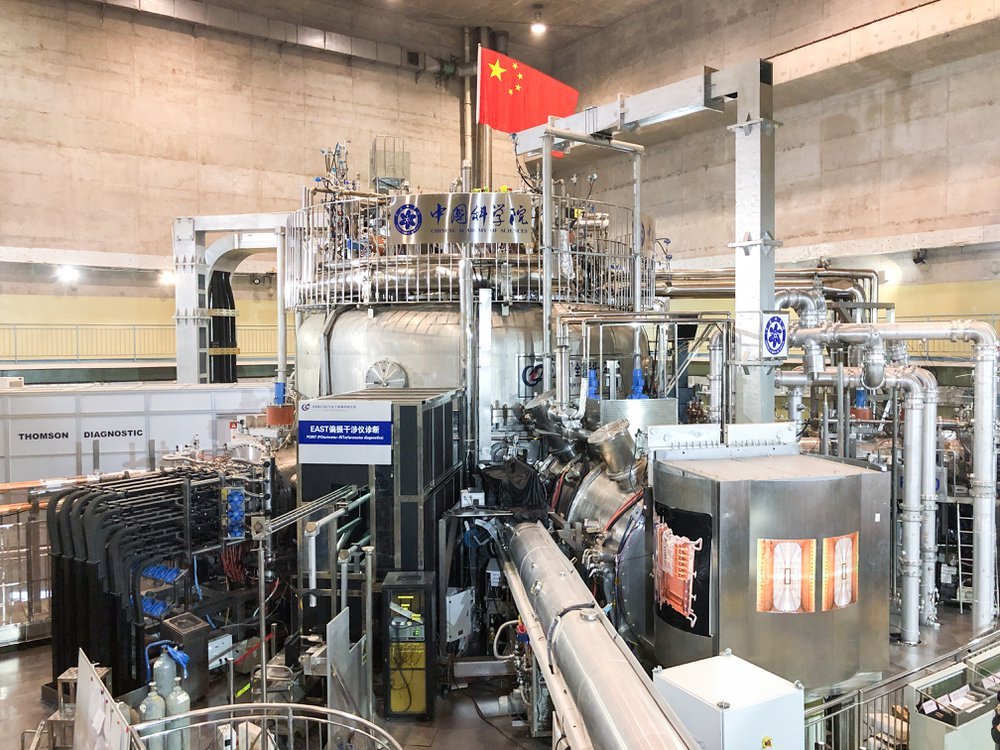 In the time of continuous climatic change and lack of fossil and coal worldwide, every country is looking forward to finding the fix for this, and to maintaining the dependency on natural resources, available in the surroundings.

Following the same way, China has recently rolled out a nuclear fusion reactor, which has just surpassed the old record for sustaining thehighest temperature.

The record has got beaten, when this nuclear fusion reactor wasframed by China, run for more than 17 minutes and 35 seconds, and are recorded as ‘Five Times Hotter Than The Sun’, mentioned in state media latest reports.

According to the research team of scientists, this nuclear fusion device is efficiently able to produce unlimited clean energy, through an intense amount of heat than our nearest star, the Sun.

Related Story- World’s First Wooden Satellite: Japan Is Hoping To Launch it In 2023

Also known as an ‘Artificial Sun’, EAST Tokamak reached the temperature limit of 70,000,000 C at the time of experiments, reported by Xinhua News Agency.

The peculiar goal of manufacturing this eco-friendly, artificial sun is to produce limitless clean energy, along with reducing the elevation of greenhouse gases in the atmosphere.

Must Read- Explained: The Webb’s Gold Mirrors Can Look Into the Past.

According to the latest statement stated by Gong Xianzu, a researcher at the Institute Of Plasma Physics of the Chinese Academy of Sciences, “The sudden and most recent operation laid a stringent scientific and experimental foundation towards the operation of a nuclear fusion reactor.”

The EAST Project of China has cost it £700 Billion, which is a colossal amount of money dedicated to one of the revolutionary projects throughout the world.

A Revolutionary Source Of Clean Energy

This invention is highly renowned, and are presently proved as a stepping stone in the revolutionary way of producing aclean and constant source of energy.

But, despite decades of keen research into technology and science, it’s still a way far from being launched out of the laboratory.

How Is It Beneficial for the Environment?

This revolutionary device is beneficial in so many ways for mankind as well as for the nature of the earth.

For instance, this device will replicate the nature of physics of the real sun, ie, in the process of nuclear fusion, its reactors will get blended into atomic nuclei, to create a huge potential of energy, which will significantly beturned into electricity, later.

Amazingly, This phenomenon will no longer depend upon fossil fuels and would not leave any detrimental materials before.

It is like icing on the cake that China’s research and reactor team will render technical assistance to the other nuclear fusion reactor project as well.

The International Thermonuclear Experimental Reactor (ITER) Project will be the world’s largest reactor after completion, currently operated in Marseille, France.

Other Projects In The Row

Apart from France and China, The UK has also commenced the planning of manufacturing the nuclear fusion power station.

Short Read- Here is All You Need To know About Space Missions.

This will also be considered as the crucial part of its renowned ‘Green  Industrial Revolution.

The Spherical Tokamak for Energy Production (STEP) project is set to build at a higher pace. Its peculiar aim is to render a concept design by the year 2024.